← more from
Revolutions Per Minute 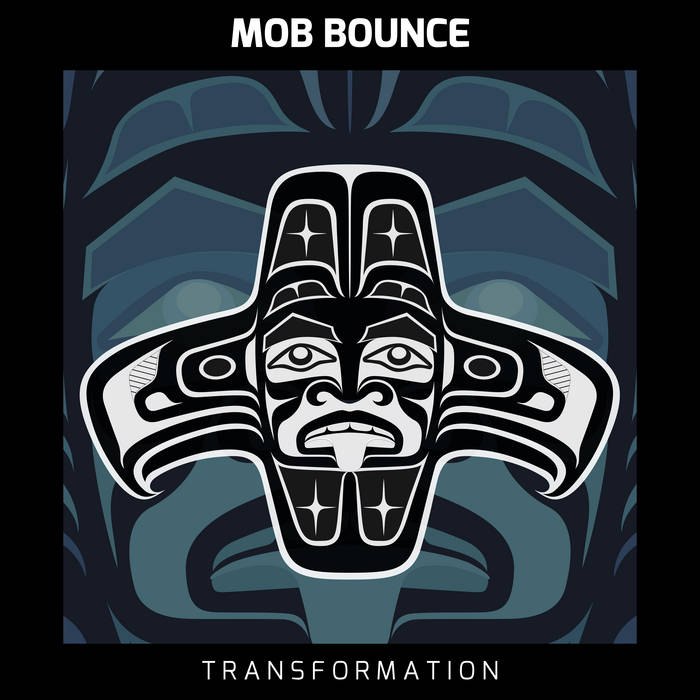 Charting passages through cycles of death and rebirth, hibernation and transformation, Mob Bounce’s new EP, Transformation, is a powerful story of reawakening, re-emergence, and redemption—of finding your strength and coming into your power.

From the subterranean world of “Journey to the Cave” and the grimey, hip-hop stomp of “Keys to the Forest”, the album glides through the breezy trap-ballad “Love is Giant”, before rising into the sky with the party-rockin reggaeton vibes of “Sounds of You” and the soaring, epic album closer “Gather Your Feathers”.

With songs that range from searingly potent and political, to meditative and thoughtful, MCs Earthchild and The Northwest Kid bring a raw and dynamic energy to their music that is effortless and undeniable. They wrote and composed the album during a period of hibernation, channeling the power of bear medicine into the music's creation to re-emerge stronger than ever.

The album’s cover artwork is a transformation mask created by Heiltsuk artist Dean Hunt and Wuikinuxv and Klahoose artist Bracken Hanuse Corlett. Transformation masks mark transitions between forms—from human to spirit, animal to human, and the spaces in between. MOB BOUNCE channel that power through their music transforming hip-hop into a force of spirit.

With thanks to the support of Creative BC

Mob Bounce is Indigenous influenced Hip Hop with a fuse of EDM (Electronic Dance Music), with Traditional and Contemporary aspects. Both Travis and Craig's gripping lyricism delve into spirituality, social awareness/justice, and Mother Earth connection. Mob Bounce is a display of Hip Hop music and poetry with conviction. ... more

Bandcamp Daily  your guide to the world of Bandcamp

Featuring interviews with the mighty Hiatus Kaiyote and genre-busting L'Rain.